Bill Mullis is a seasoned Songwriter, Recording Artist, 2005 and 2006 Nominee for the Christian Country Music Associations "Music Evangelist of the Year" and will be presented an award at the 2006 award show at the Roy Acuff Theater in Nashville, TN.  Winning the award in 2007.  An ordained Minister of the Gospel. Bill is something that goes beyond the norm to bring to the heart of the Christian audience something we might call the real thing. His energy and enthusiasm blended with an immense talent for ministering a song have made him very popular among those who attend his concerts. Bill is a man of strong Christian convictions and is a real man of integrity. In every show he performs, his zeal to express Gods love through his music, is transferred to his audience.

His ministry not only extends throughout the USA but has become a worldwide ministry broadcast in over ten different countries.

Bill was called to preach at the age of 16 but ignored the calling until later in life. Playing guitar and singing in clubs and bars was a lifestyle he led until Jesus Christ changed his tune. He was directed by the Lord to attend Rhema Bible Training Center and was ordained by Dr. Kenneth E. Hagin. He now preaches and sings a new song dedicated to the Lord. With burning desire, he travels and ministers to all hearts open and needing to experience the love the Lord allows him to share.

In 1987 Bill began his career as a solo artist and had established a reputation among churches and pastors as a versatile and inspiring performer. His musical styles range from Christian Country to Inspirational, with a touch of contemporary and Southern gospel mixed in.

Believing that WITH GOD ALL THINGS ARE POSSIBLE and a mission statement "None Left Behind" Bill brings a message of hope and inspiration, packaged in a beautiful mix of old style country and new gospel influences. There are testimonies about his music bringing healing and restoration of personal and family relationships, bringing couples closer to one another while strengthening their marriages and renewing the love of Christ in their hearts.

Bill has the unique ability to minister to an audience of all ages and musical tastes, and never fails to leave them uplifted and encouraged. His music comes from a heart of gratefulness with a purpose of ministering to his Lord. 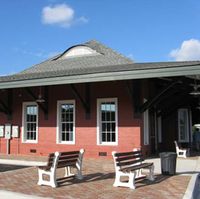 An evening with Bill Mullis

A one-person show. Intimate and relaxing evening with a variety of heartwarming songs to reflect and enjoy!

An Evening With Bill Mullis

A one-person show. Intimate and relaxing evening with a variety of heartwarming songs to reflect and enjoy!